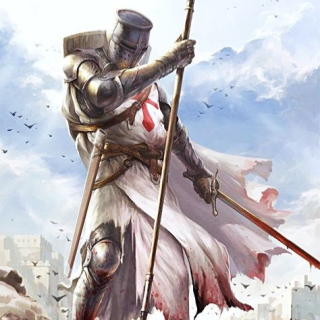 I studied the Electron microscope, the FM Radio, Nuclear Fission, and the Transistor.

The FM Radio, was invented in 1933 by Edwin Armstrong, who was born in New York, in 1890. FM radio is a lot less sensitive to interference, which means it can be transmitted longer distances then AM radio. FM radio is responsible for the rising popularity of country music and conservative talk shows.

Nuclear Fission, was invented by two men, Read Rutherford, and Leo Szilard. Rutherford split atoms in 1932, Szilard demonstrated nuclear fission in 1939, and finally in 1945 the first atomic bomb was made. Only two atomic bombs have ever been used and that was during WWII. The first Hydrogen bomb exploded in 1952.

The Transistor, was invented in 1947 at bell labs by three men, John Bardeen, William Shockley, and Walter Brattain. Transistor computers came out in 1950, and transistor radios came out in 1955. By the end of the 1960’s transistors where selling by the billions. An iphone today has about 20 million transistors and the computer has a few billion.

Thanks for reading! If I messed up anywhere let me know in the comments.

The Crystal Oscillator, was invented by Alexander Nicholson, in 1917, at Bell labs. When solid materials (such as Crystals) are squeezed they produce electricity, and that’s what the crystal oscillators do. They are important in transmitters and receivers. The crystal oscillator improved clocks and radios and made wristwatches possible. By the end of the 1960’s they were used in all electronics.

George Washington Carver, was born a slave sometime in the 1860’s. When he was born was unknown to him, just that it was sometime in the 1860’s. When he got older he went to college to study art and piano. He worked on promoting crop rotation and peanuts in the south, he even wrote a book that had 105 recipes for peanuts. He became known as the “Peanut man”, and by the 1940’s peanuts became the south’s second largest crop.

The Yagi Uda Antenna, was invented by Hidetugu Yagi, and Shintaro Uda, in 1926. The yagi uda antenna is pretty much a directional antenna. It was used in WWII and it made TV go mainstream. It’s responsible for cable TV, and the yagi uda antenna is still found on roof tops across the world.

Penicillin, was invented by Alexander Fleming, born in Scotland, in 1881. After WWI he studied bacteria for 14 years and after seeing that a mold that was growing in a dish of bacteria was killing the bacteria around it, he invented penicillin, in 1929. What is penicillin? Penicillin is a fungus (or mold juice, as Fleming used to call it) that kills bacteria. After Fleming invented penicillin it wasn’t used for another 13 years.

Thanks for reading. If I messed up anywhere let me know in the comments

This week I studied the Safety Razor, Airplane, Vacuum Tube, and the Model T.

Humans have always wanted to fly. Hot air balloons arrived in 1866, but people didn’t just want to go up and down but they wanted to fly through the air. Orville Wright, was in was born in Ohio in 8171 and Wilbur Wright was born in Indiana in 1867. Nether of them finished high school. They opened up a bicycles repair shop in 1892 and soon they started making their own bicycles. Inspired by Otto Lilienthan, they started experimenting with different gliders and finally in 1903 when they found the right glider, they added a motor and invented the airplane! Airplanes carry passengers and cargo really far, really fast. No one believed that the Wright brothers invented the airplane, but later on they held public demonstrations to prove it. The airplane had a big impact on shipping, warfare, and transportation.

John Fleming, was born in England in 1849. He wanted to be an engineer at the age of 11. When he got older he worked for Edison’s company, then started working for Marconi. He invented the vacuum tube in 1904. It’s used to convert AC power to DC power. It improved radios and computers, it led to CRTs, which made the TV possible.

Henry Ford, was born in Michigan in 1863. He built a quadricycle in 1896, and he made a race car 1902. Ford wanted to make a car that families could afford, so model after model Ford improved his car and in 1908 Henry Ford invented the very first family affordable car. In just days over 15,000 orders came in. The model T went from $825 to $260 in 16 years (Which is like from $22,000 to 13,000 in today’s money) Ford’s influence led to the auto-start ignition. Today cars are so common we don’t stop to think what it would be like without them.

Thanks for reading, let me know of mistakes.

This week I studied the Light Bulb, Cash Register, Thermostat, and the Steam Turbine.

In the 17 and early 18 hundreds there was no really good light source. At that time arc lamps were the best light source, but they were too bright for houses and smaller buildings. There was gas lighting, oil lighting, and of course the candle, but they all had weaknesses, so a better source was needed. Edison tried 3,000 different versions of the light bulb, and 6,000 different kinds of plant matter for the right filament. Finally in 1879 Edison invented the incandescent light bulb. The light bulb replaced the oil lamps, gas lamps, and the candle (mostly). The city or New York was lit up with the light bulb in 1882 and soon other cities fallowed. The light bulb is so common that you see one every day.

Warren Jonson, was born in Vermont in 1847. He became a science professor when he was 34, and invented the thermostat in 1883. A thermostat regulates the temperature of your house. It’s also used in refrigerators to make sure the refrigerator dose not get to hot. The Johnson Electric Service Company was founded in 1885 to produce the thermostat. He developed the multi-zone thermostat in 1895. The thermostat is also responsible for the hot water heater.

Charles Parsons, was born in England in 1854. He assisted his father in astronomical work, and learned about shipbuilding and weapons manufacturing. Then he moved into electrical machinery in 1884. Finally inspired from contemporary design, he invented the steam turbine in 1884. Steam turbines produce electricity, they are very very complex, and they make bulk power production cheap. Mr. Parsons founded a company to manufacture the turbines. Mr. Westinghouse became interested and he increased the size of Parson’s turbine and extended them to use in ships. The turbines power battleships and submarines.